So remember back when I said I was gonna have a #disneyside party?  Things changed and weather happened….

There was illness, there was busy-ness…

There WERE some decorations, there WERE snacks and they were all wicked cute! 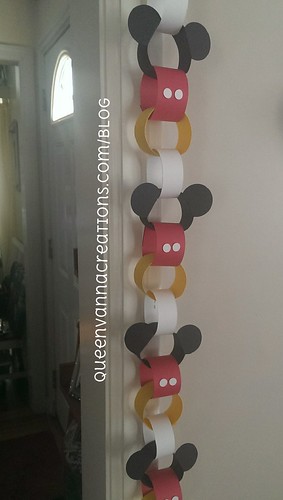 For a while I thought it wouldn’t happen, and went to far as to donate the party supplies to a local Girl Scout troop – they were collecting party goods for the food pantry in town so people coming to pick up groceries could chose a party-bag to make their own celebrations a little more festive – I thought that was a great idea!

BUT! THANKFULLY!  Eventually, I was able to celebrate #disneyside with my pals!

New England Scrapbook Company has teamed up with The Scrapbook Summit to do monthly one-day scrapbook events and a couple retreat weekends a year.  These ladies absolutely have a #disneyside and they will SHOW. IT.  NESC sells some Disney/vacation themed kits, papers and embellishments, and on this particular weekend we focused on our #disneyside!

When I caught up with Heather, she had made 2 pages – The Beauty of Disney and Today is Magical.  And Heidi’s Sweet as Honey is well…  SWEET!

I’m loving the Disney MAGIC scrapbook page by Michelle, and Maureen was working on Tink and Chelsea finished up another Pooh winter scene with TONS of teeny tiny details.

I spy the Magic Kingdom after dark^^^

And Carol’s jacket was even festive!  It says Once Upon a Time, and on the back it says Happily Ever After, so cute!

We had a swell weekend and even if it wasn’t what I had planned, I’m glad we could show off our #disneyside!